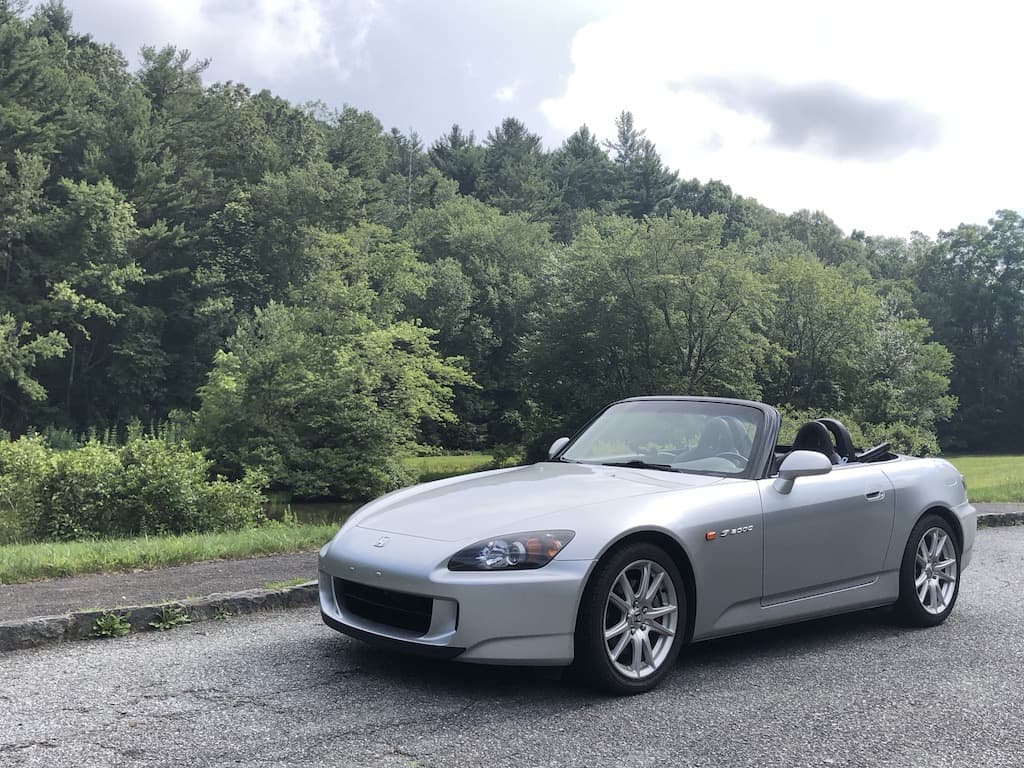 Turns out that the Miata I bought back in May was a little more of a project that I wanted it to be. OK, that’s actually only partially true. The car was exactly as described, but as I drove it I noticed more and more things that I wanted to fix. That wasn’t quite the purpose of the car so in the end I decided to pass it on to someone else and buy a car I actually fit into.

That car turned out to be a 2004 Honda S2000 that I found in Florida while visiting my in-laws. I’m kinda notorious for buying the “cheapest X I can find”, but for once I went for the nicest car I could find. That’s an odd feeling, I can tell you. Anyway, this is what I ended up with:

The car has mostly lived in Washington State, followed by Florida. P-PO was a retired Boeing engineer, PO is big into vintage dirt bikes and needed to free up some garage space. It is depressingly stock, and will probably stay that way to a certain extent. We’ll see.

Once I got home I threw it up on the QuickJack to check the underside in more detail and also change the gearbox oil as the gearchange (especially into 2nd) was a bit crunchy at times. These don’t have the same gearbox action as a Miata, but a good one comes pretty close. 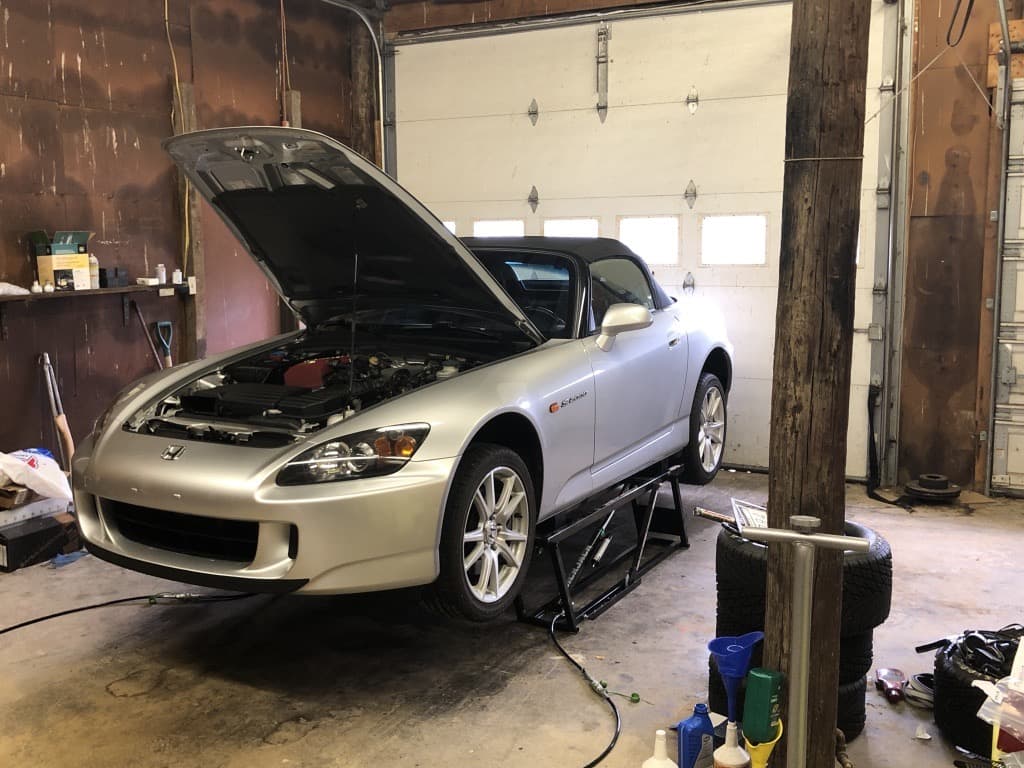 Photos/video of the underside to follow, but if anything it’s cleaner underneath than up top. It has one scrape on one of the longitudonal “frame rails” that’s got a bit of surface rust, otherwise the underside is almost clean enough to eat off. Well, if you like you your food with a bit of road grime.

And because it would be rude not to if you have the wheels in the garage, well, TE37 all the things: 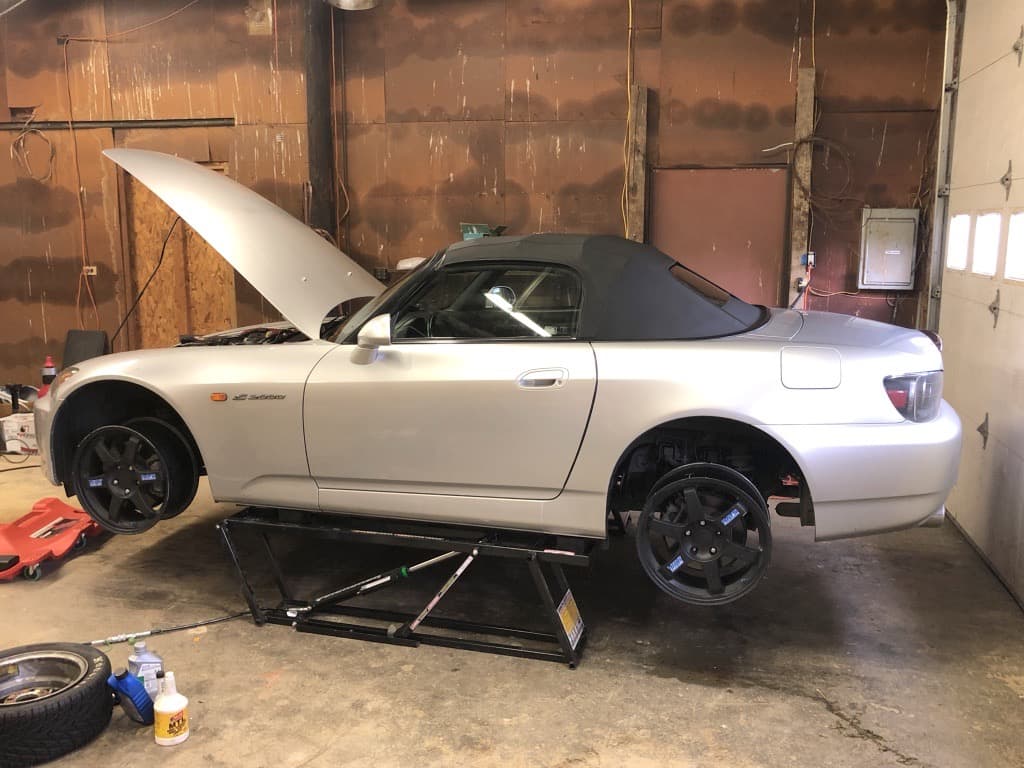 The offset is a tad hellaflush so I’ll have to figure out if I want to fit those rims or not. 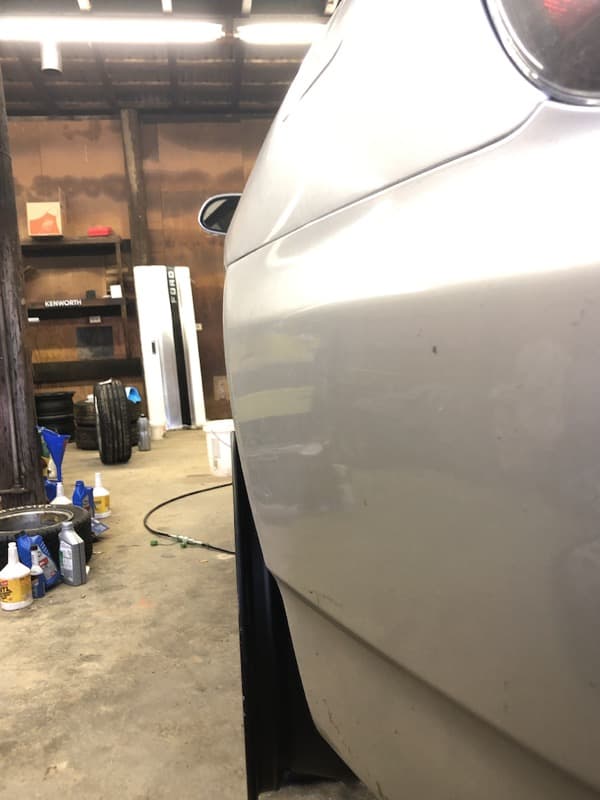 So what’s the plan? Catch up maintenance first - it needs most fluids changed, an alignment and probably a shifter rebuild. I do want to track it this year, but I suspect I’ll have to put some new shocks on, too, as the originals felt a bit worn and had oil mist on them. It also looks like Honda emulated a Miata issue with the travel of the rear suspension, so I’m looking at determining what can be done about that. There’s a company that sells customised Öhlins coilovers that might be an option. OTOH I’m not super keen on coilovers as they require a special kind of inspection in WV.

Other longer term mods very likely include a lowered driver seat, a baffled oil pan and very likely some additional oil cooling - based on the MotoIQ articles on their S2000, these run very high oil temps.

The mods I’m planning for now should all be reversible - this was a fairly expensive car and nice S2ks are going up in value, so I want the option to revert the car to stock before a potential sale.

What I like so far, after driving for about 1500 miles - the ergonomics suit me better than the NA/NB/ND Miatas I’ve owned, I find it easier to heel/toe and I’ve actually got enough headroom to wear a helmet and can still fit under the roof with a stock seat.

It doesn’t feel much faster than a Miata even though it’s got close to a 100bhp more, but all those horses live somewhere between 6500 and 7500 rpm, and I don’t feel like driving like a complete nutcase all the time.

« Catchup, moving across the country, and I'm back with another Miata Ah yes, the infamous S2000 clutch master cylinder strikes »