Miata is repaired and I'm on the way back home 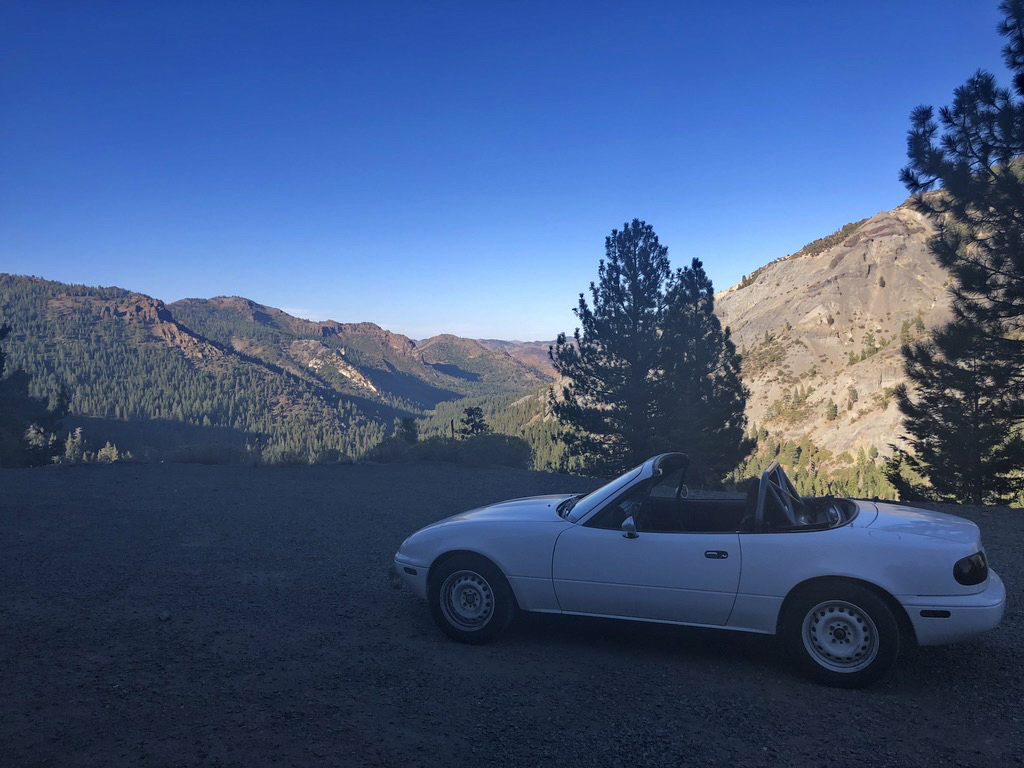 My experience with the Mazda dealer in Seaside was OK. We had some communications issue as everything was via phone with me being a couple of hundred miles away. On the other hand, they pulled out all the stops to get me on the road on Friday, for which I’m really grateful. As soon as the parts arrived on Friday, on of the mechanics got on the case and they got the car finished before I had even made it back to Monterey. Top marks for that!

Other things I learned driving the car back home:

Gratuitous shot of my NA in the mountains. For some reason I couldn’t get my phone to do HDR, so the shot isn’t that great. Oddly enough I have a similar shot in the same place of my Evo X from the day we picked it up probably about six years ago. Long time ago.

« I went to Miatas at Laguna Seca and needed a tow truck Catchup, moving across the country, and I'm back with another Miata »