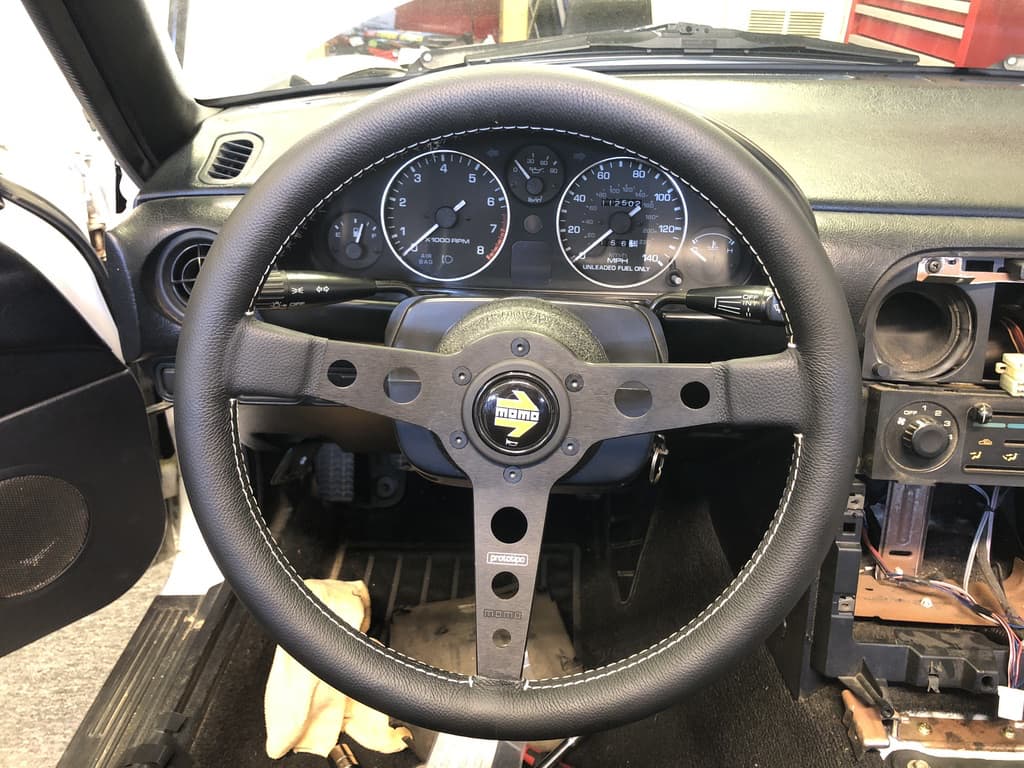 Time to deal with the next “big” interior mod before the really big interior mod. IOW, time to get rid of the fugly steering wheel.

Usual comments and caveats apply - you’re playing with a safety device full of explosives, etc, etc, be careful, don’t do it.

I had disconnected the battery yesterday to make sure that there wasn’t much if any residual charge that could set off the airbag. Here’s what is going onto the car - the Prototipo was left over from my previous NA and never found a home in an aircooled 911 as I had hoped, plus the Daikei hub is something I’ve used before. It’s one of these “just works” parts and comes with everything necessary to (hopefully) turn off the Airbag light. I’m saying hopefully as the computer is showing a clockspring fault from time to time.

Airbag removal is pretty simple - there are 4 10mm nuts holding the airbag to the wheel, then it’s a matter of disconnecting it and unhooking the catch line. I’m pretty sure the steering wheel had never been off the car, so I had to get the +1 breaker bar of persuasion out to get the nut off.

Speaking of getting one’s nuts off, don’t take the steering wheel nut off all the way. The wheel tends to sit pretty tight on the splines so when you’re pulling it off, you’d rather want the nut rather than your face catch it when it finally moves. In this case the wheel came off after some choice words, but at least I didn’t have to use the rubber mallet.

I did take off the steering column surround. This isn’t strictly necessary but helps with making sure the clock spring is aligned OK and also allowed me to clean out the dust bunnies that have taken up residence in there. While I certainly don’t complain about the lack of rust, the dust got everywhere in this car.

Time to read the instructions. Which would be a lot easier if this gaijin could read Japanese, but at least there were enough pictures for me to figure this out. Plus, this isn’t the first time I’m using the Daikei boss on a Miata. 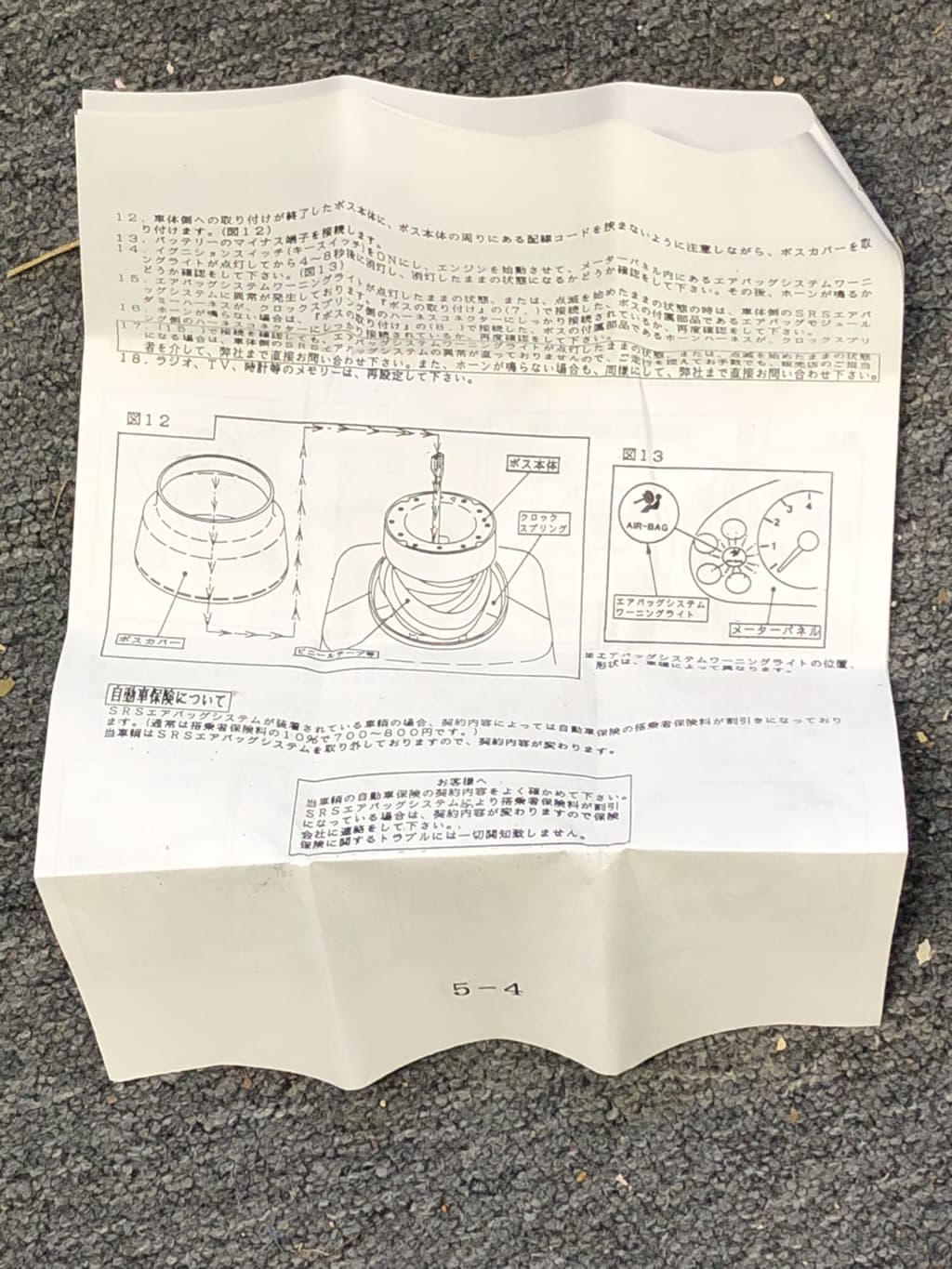 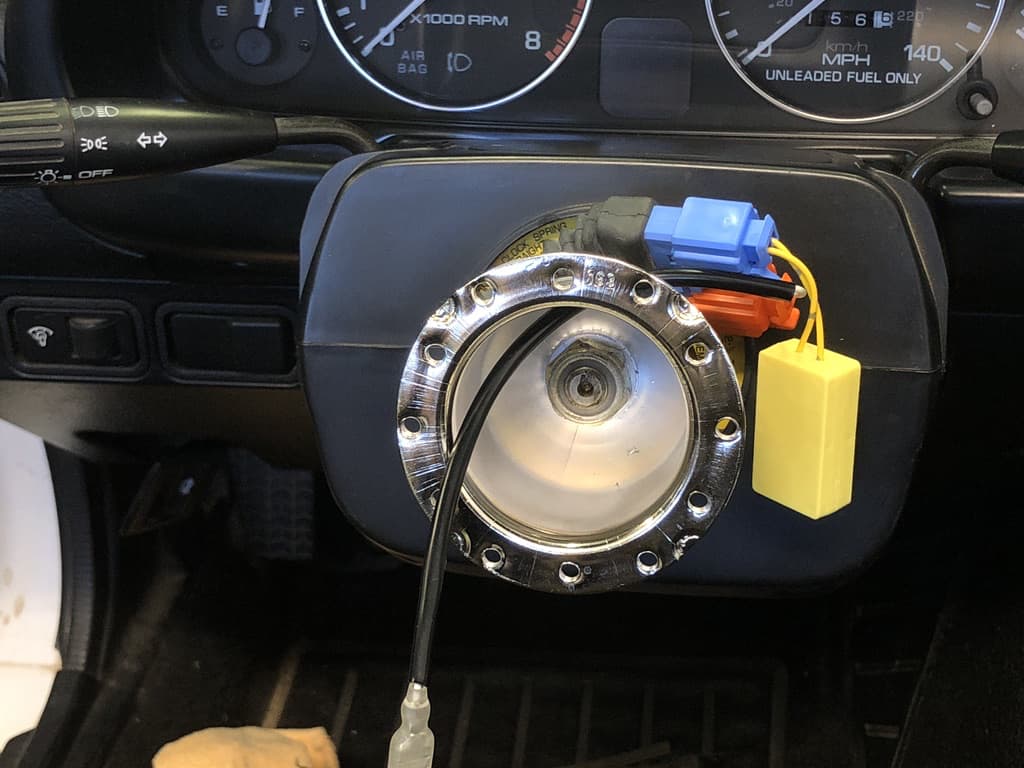 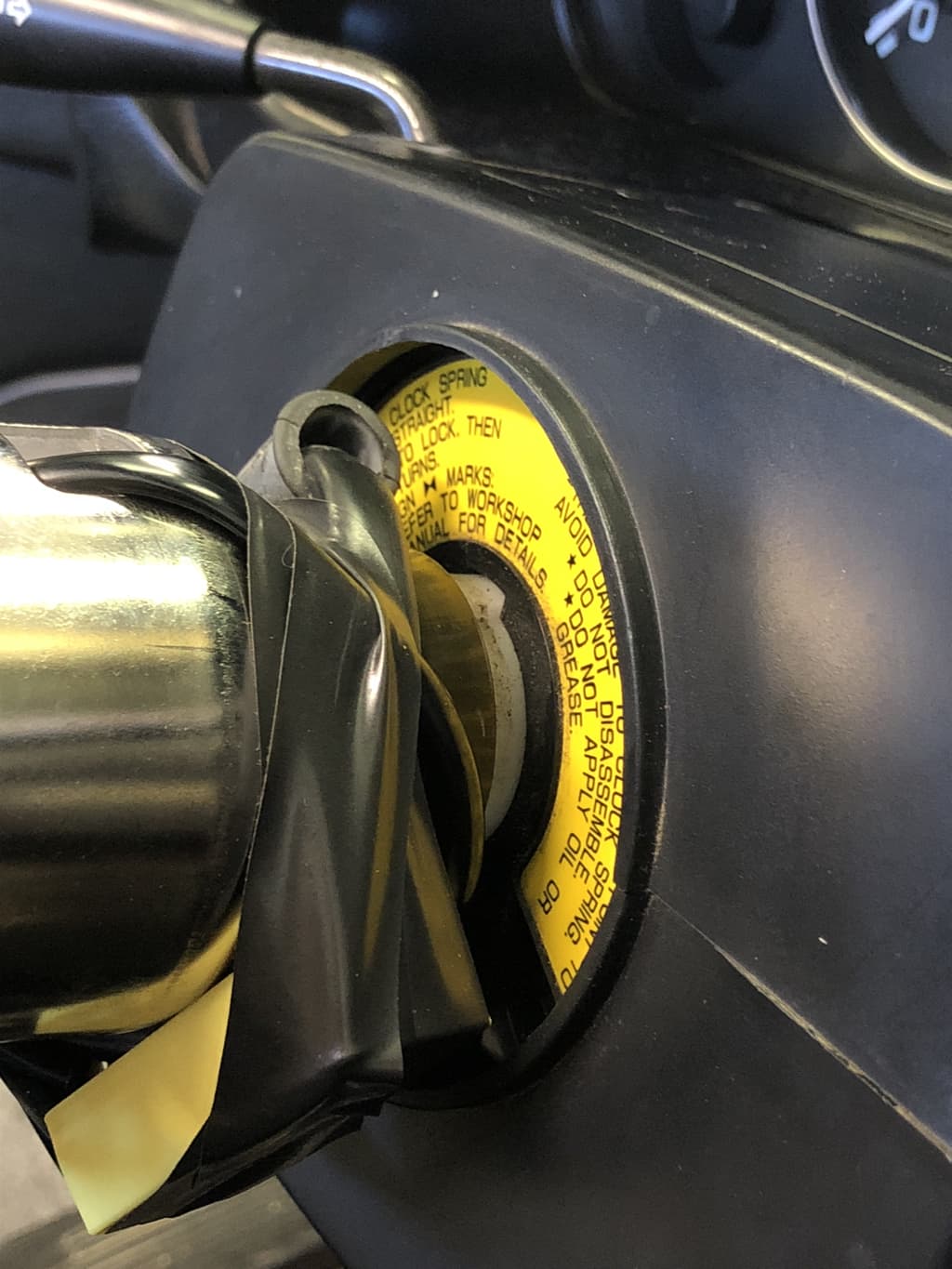 The instructions called for wrapping the connectors, airbag sensor defeat and all that in some tape. Unfortunately I couldn’t find my loom tape so I had to use electrical tape. I may have to redo this.

Nevertheless, everything fits and looks good: 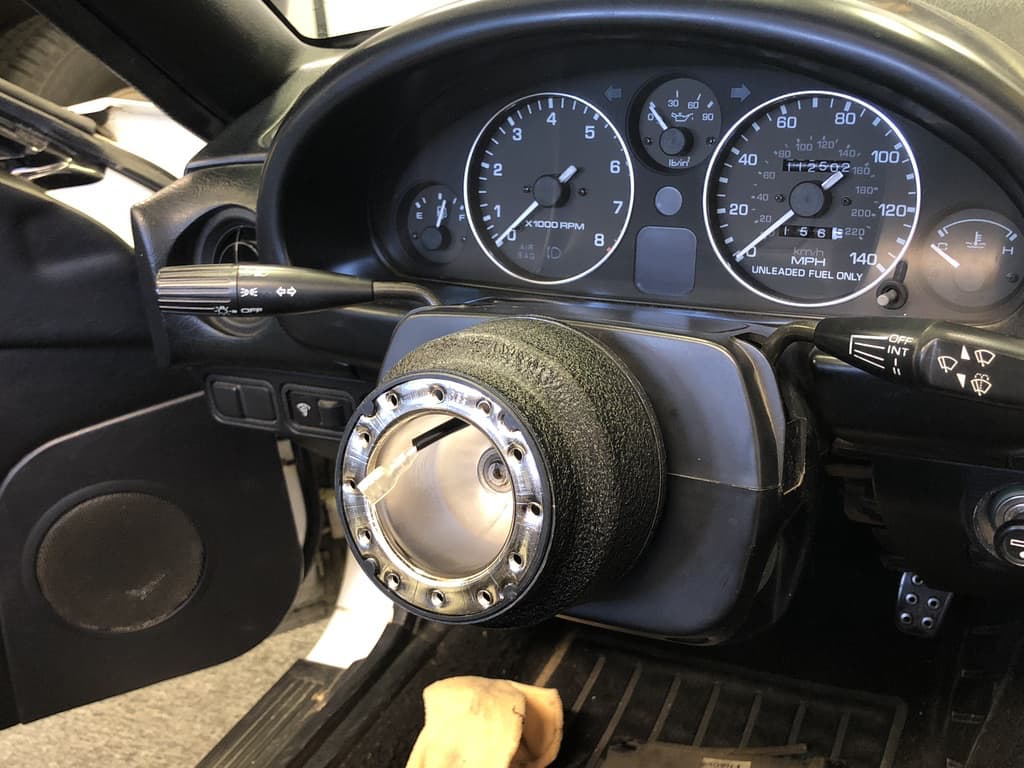 Steering wheel is looking good, and I only had to fit it twice because I used the wrong insert (the part that holds the horn button assembly), so I got to unmount and remount the wheel. Oh well. Haven’t taken it out for a drive yet - the last NA this wheel was fitted to had power steering, but this one doesn’t.

I bought a set of NB2 surfboard seats on ebay a little while ago and ow that I’m seeing movement on thethem, the next big job will be to remove the whole interior and dash, then swap in the 93LE carpet and dash that is in those “mystery boxes” I mentioned a few posts ago. And order some more bits, like a rollbar and FM suspension.