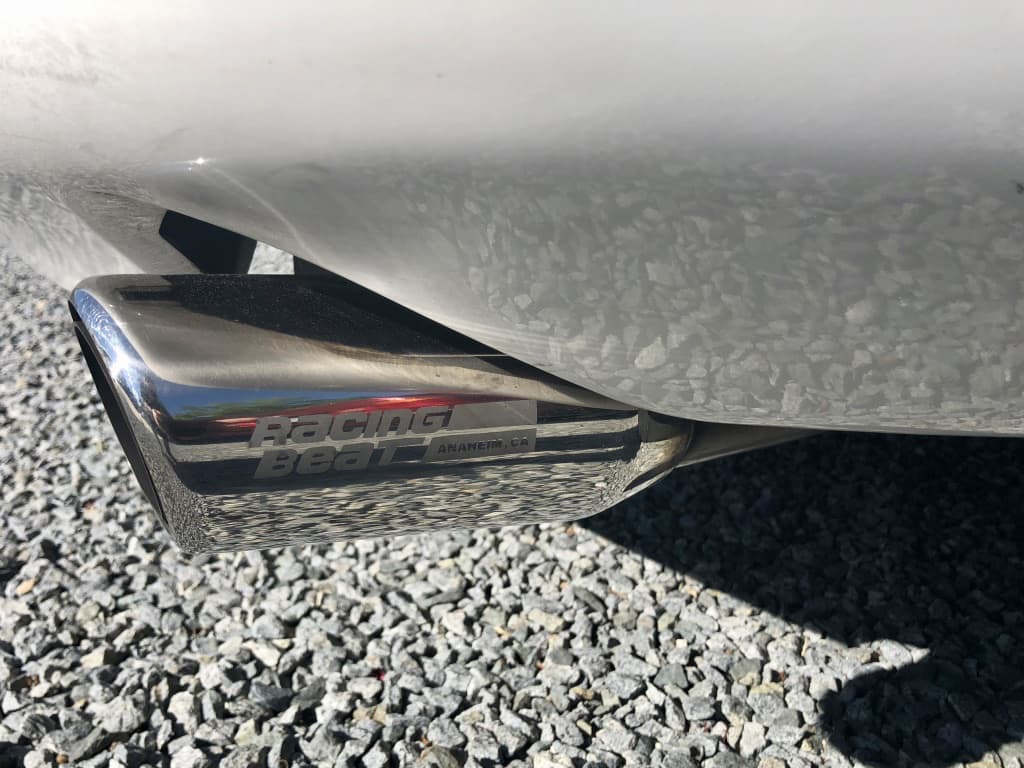 Ended up fitting the exhaust sooner than I thought. It was straightforward - the exhaust came with all the hardware and (again, thanks to the climate), the exhaust on the car was easy to remove. 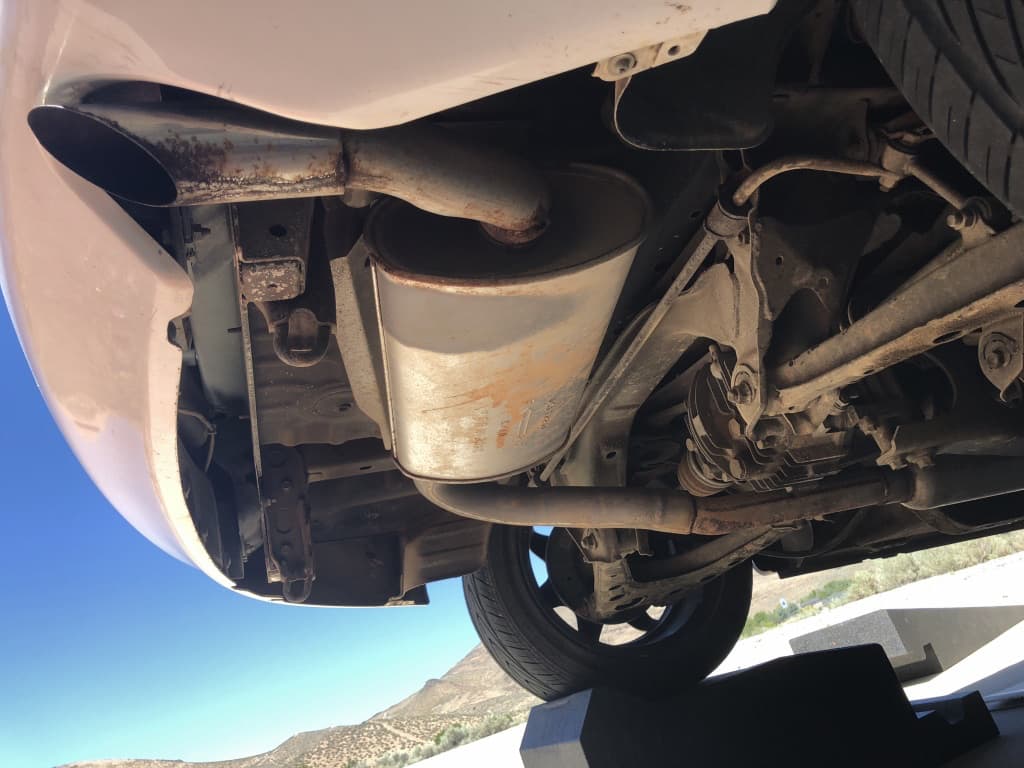 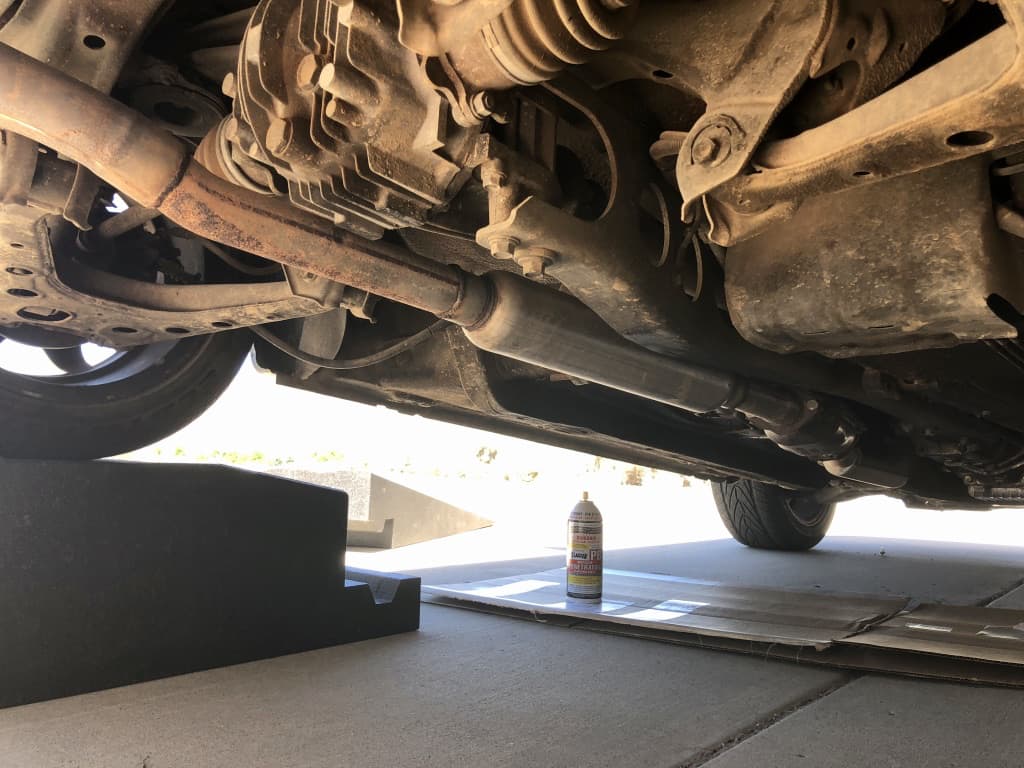 Yes, I know, I need to power wash the underside of the car.

One thing I wasn’t too impressed with was the way the replacement cat had been welded in: 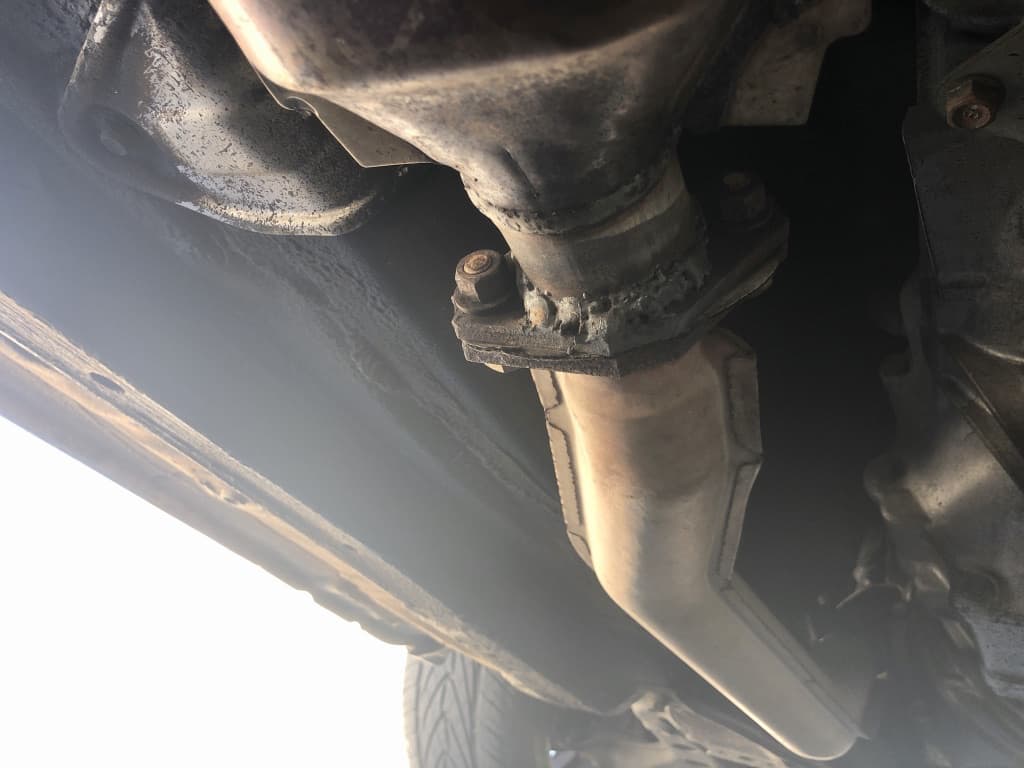 It does look like they did get the angle on the flange right as the new used exhaust fitted fine with no apparent blow by. Once I figure out what I want to do engine wise I’ll probably replace the cat with another aftermarket one anyway.

The new exhaust looked a lot shinier and went out without a hitch. 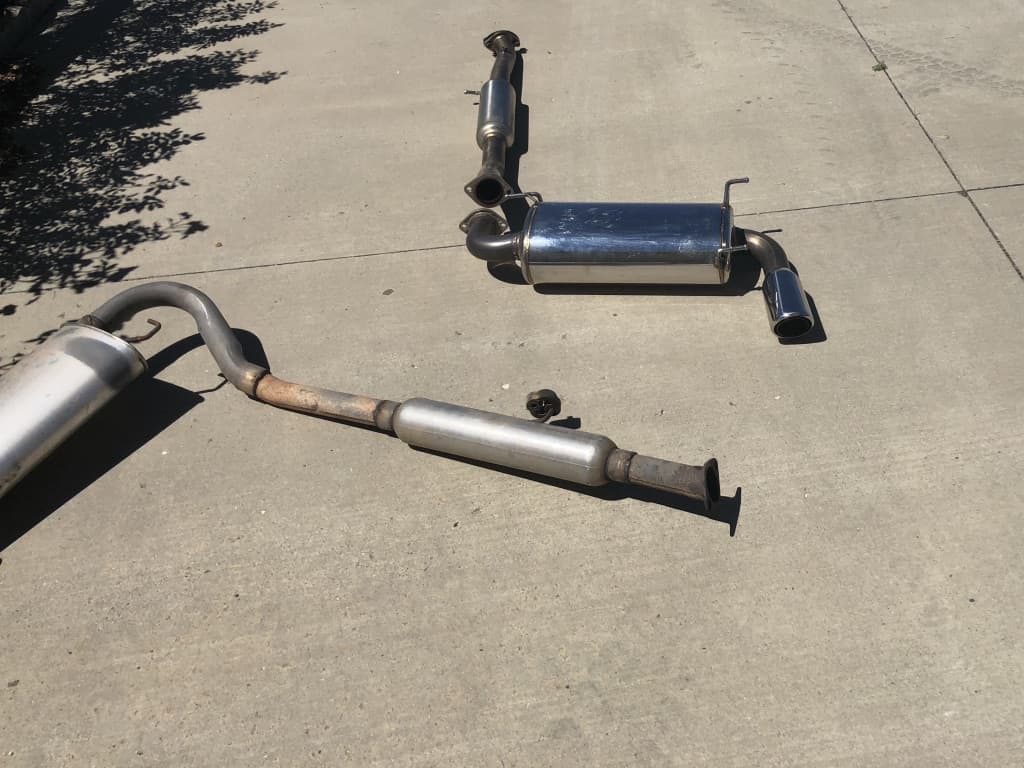 Unfortunately it was getting so hot that my phone camera overheated, so I don’t have anything with the new exhaust fitted. Well, other than the glamour shot at the end:

Overhauling the shifter was another exercise in painting by numbers. I had ordered the shifter rebuild kit from Flyin’ Miata, so it was mostly a matter of pulling out the broken rubber bits, replacing the plastic bits in the shifter, replacing the turret oil and throwing everything back together.

The oil coming out of the shifter turret didn’t look too bad. I was a bit worried as both the outer and inner rubber boots were torn. While the oil looked bad, I was expecting worse. But then, I’m always expecting worse. 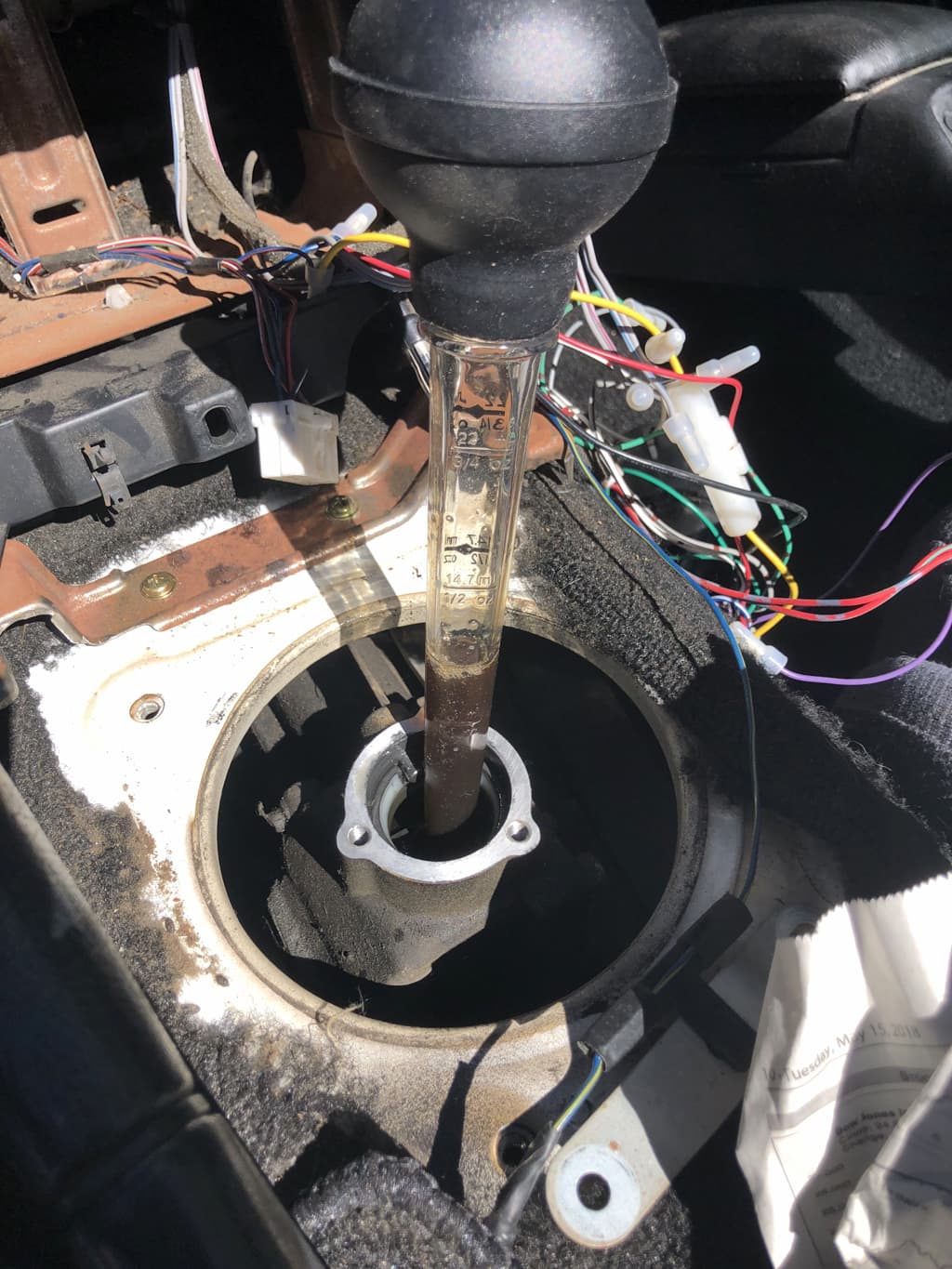 Inner boot fitted - I overfilled the turret a bit as I seem to do every time, but fortunately still had the cardboard from the exhaust change under the car. 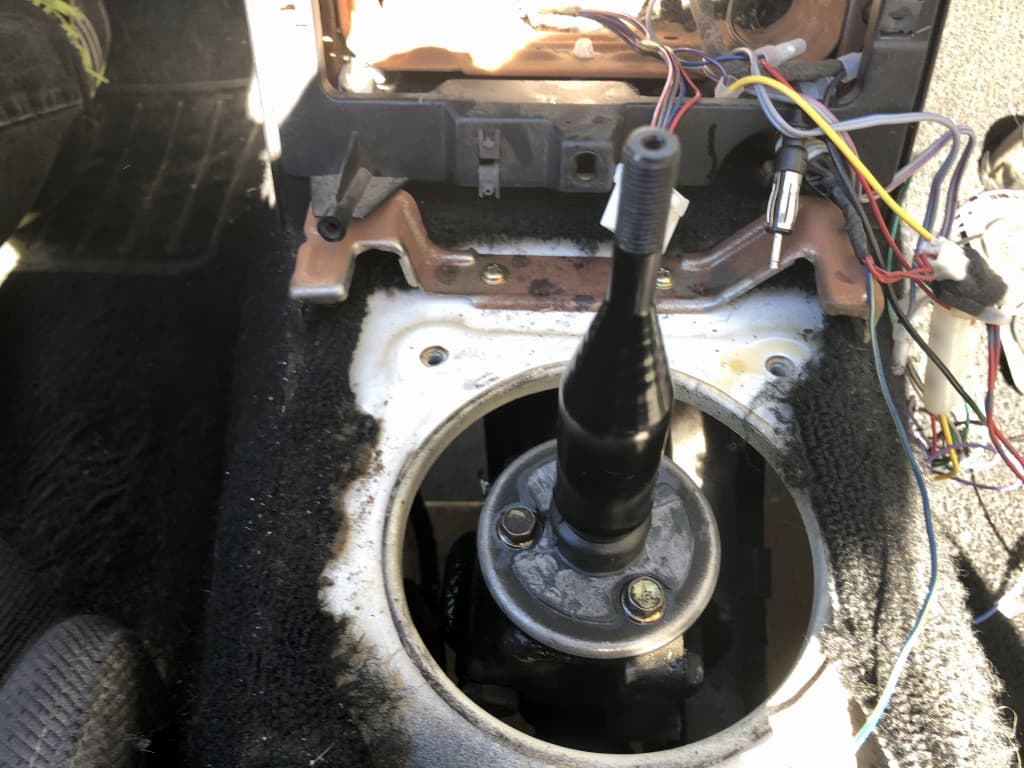 Of course, clumsy here dropped one of the bolts that hold the inner boot right between the passenger seat and the transmission tunnel. I ended up pulling the passenger seat out to recover the bolt. The seat has to come out anyway for the planned interior change, plus I have new used seats coming. 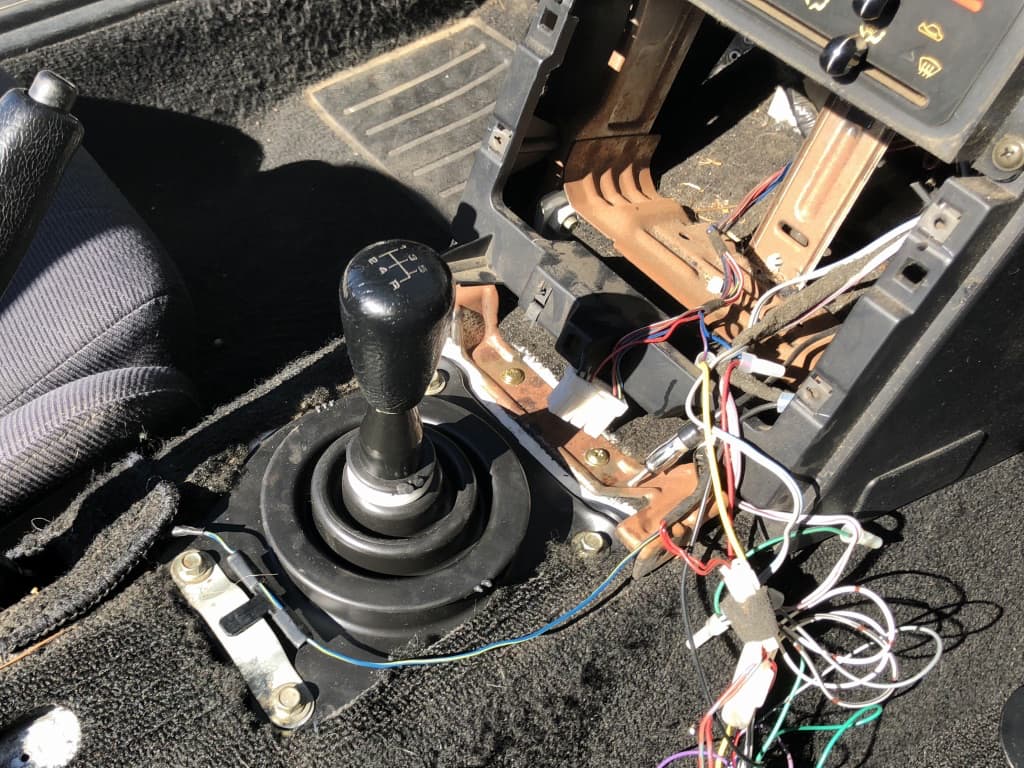 A quick test drive confirmed that the shifter action was much improved. The exhaust also sounds so much better than the partsbin special that had been on the car.