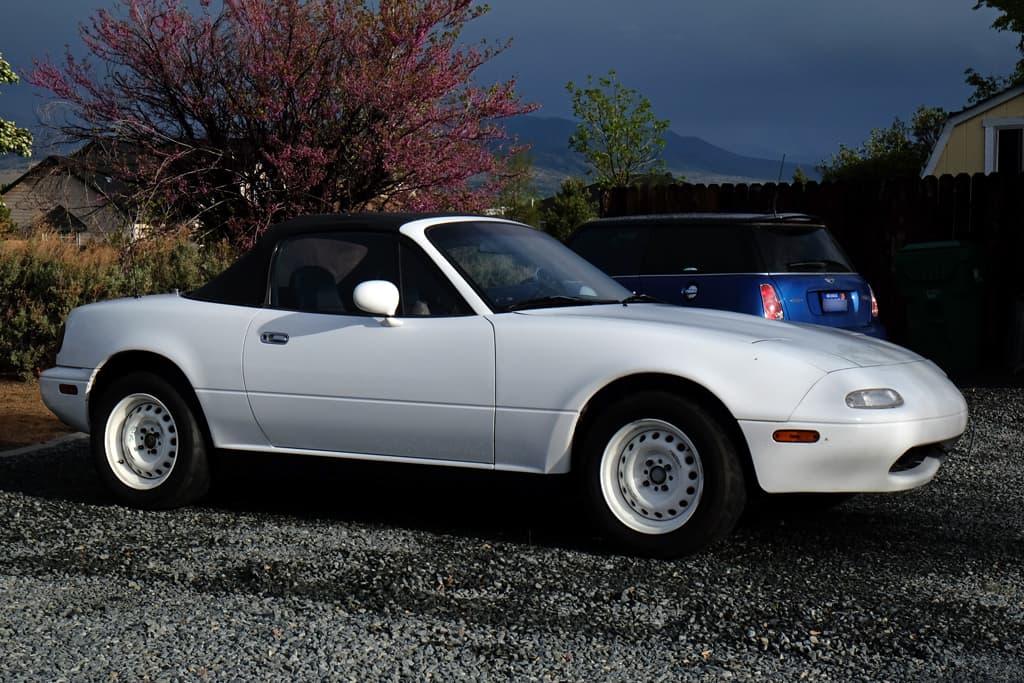 Today was the day to jack up the car, take the wheels off (boy are those ninetiestastic Momo wheels heavy), crawl underneath and see what I would find.

Things looked depressingly stock when I took the wheels off:

Everything looks OK, but in need of cleanup or replacement. The rotors have a noticeable, but not too bad lip on them. Bunch of surface corrosion from standing around, too. Obviously the dust boots around the shocks have had it for a while now, but the shocks look like original ones so I’m guessing they decided to call it a day about 70k miles ago..

However - and I apologise for the quality of the photo, I took a video of the area but no decent photo - look at those “frame” rails:

I don’t think I’ve owned a Miata in the past decade with “frame” rails this straight that don’t show any marks of being used as jacking points or involuntary encounters with speed bumps. Colour me impressed.

So far I’m pretty happy with what I found. There’s evidence of a small oil leak (the transmission has a thin oil film on it, nothing major). I’m currently hoping that it comes from the valve cover gasket and not from the rear main seal. Even the clutch slave cylinder seems to be behaving itself.

I also decided to clear the roof drains. Unfortunately it had rained before I pulled the car into the garage, so I got the gunk that came out of them all over me. Yay.

This diff doesn’t look like a 1.8 Diff to me. I think this is another “depressingly stock” part, but I’ll deal with it later. It does, however, show that I really need to take this thing to the local self car wash and give the undercarriage a good blast.

Hmm, the diff appears to have some number printed on it? 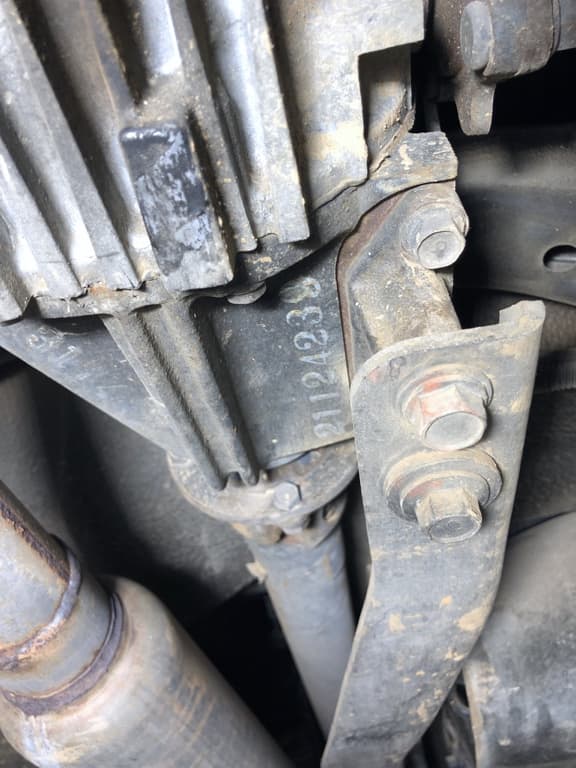 Oh, and I’m not super impressed with the exhaust either.

I also found a little more rust. Probably wants treating sooner or later, but I can’t say I’m unhappy with the level of rust I’m finding.

But I doubt that anybody wanted to see any of the pictures above after yesterday’s wheel teaser.

No, I don’t have a Miata problem, I can quit any time I want.

I’m not 100% convinced regarding the wheel choice, but IMHO they’re an improvement over the Momos. Plus, they have been growing on me over the course of the day. Let’s see if I decide to run with this theme or if I “need” a set of 15” Wats/BR wheels.

The wheels seem to fill the arches nicely if you discount the current 4x4 stance. Mind you, those tires are 195/60R14 and not the 225/50R14 I’m planning to run. I’m hoping I don’t need bolt-on arches for the latter. 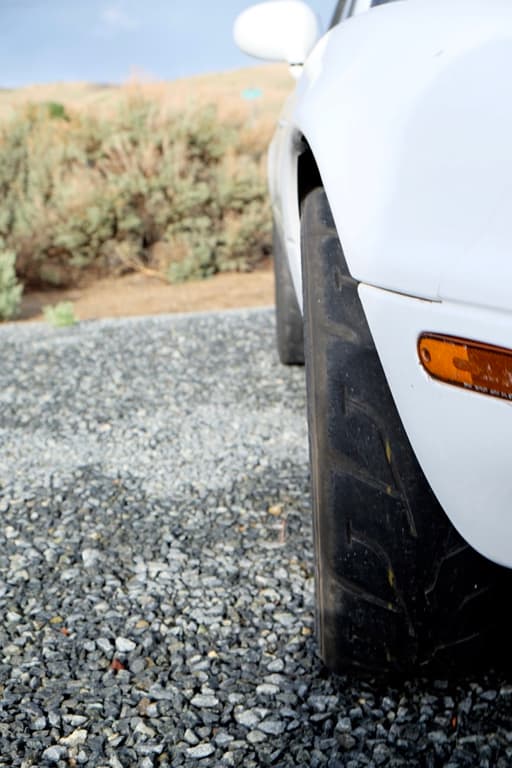