The “painting by numbers” continues. One of the advantages of having had a few of these is that the basic jobs just naturally flow.

Speaking of naturally, naturally the window regulators needed attention. I knew that - during the test drive, I was worried that would break the passenger side regulator. That’s how stiff it was. Plus, neither of the windows would come down more than half way.

Interestingly enough, no matter how often you do a job, there’s always more to learn. For example, I didn’t know that unclip the window cranks by essentially pulling a piece of fabric in the gap between the handle and the door. Much easier than the two-screwdriver-and-hope-you-don’t-damage-the-door-card approach. 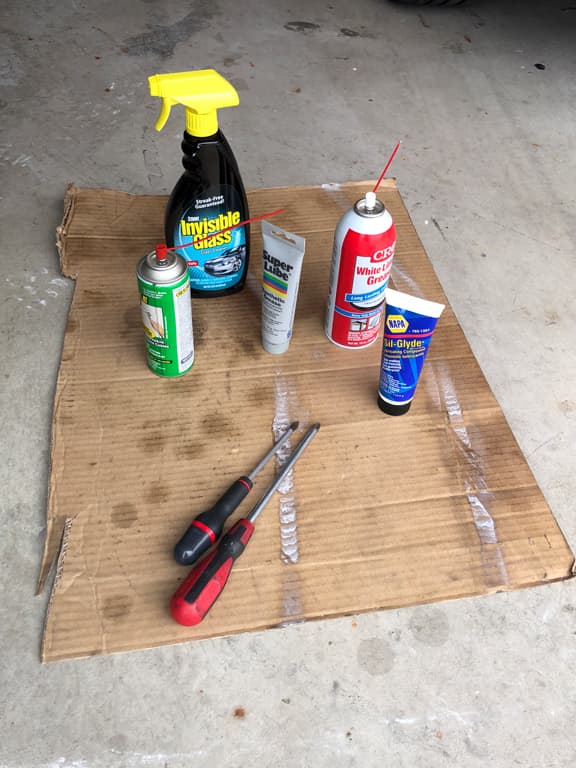 The Sil-Glyde is a decent alternative to the often recommended Honda Silicone lube (to be used for the rubber channel that the front of the window sits in). The Super Lube and the cable lube aren’t strictly necessary, but I find the Super Lube easier to apply to the bottoms of the metal channels. Due to the curved nature of the channels, the spray lube usually doesn’t get there, and it’s the area that’s usually full of old grease. 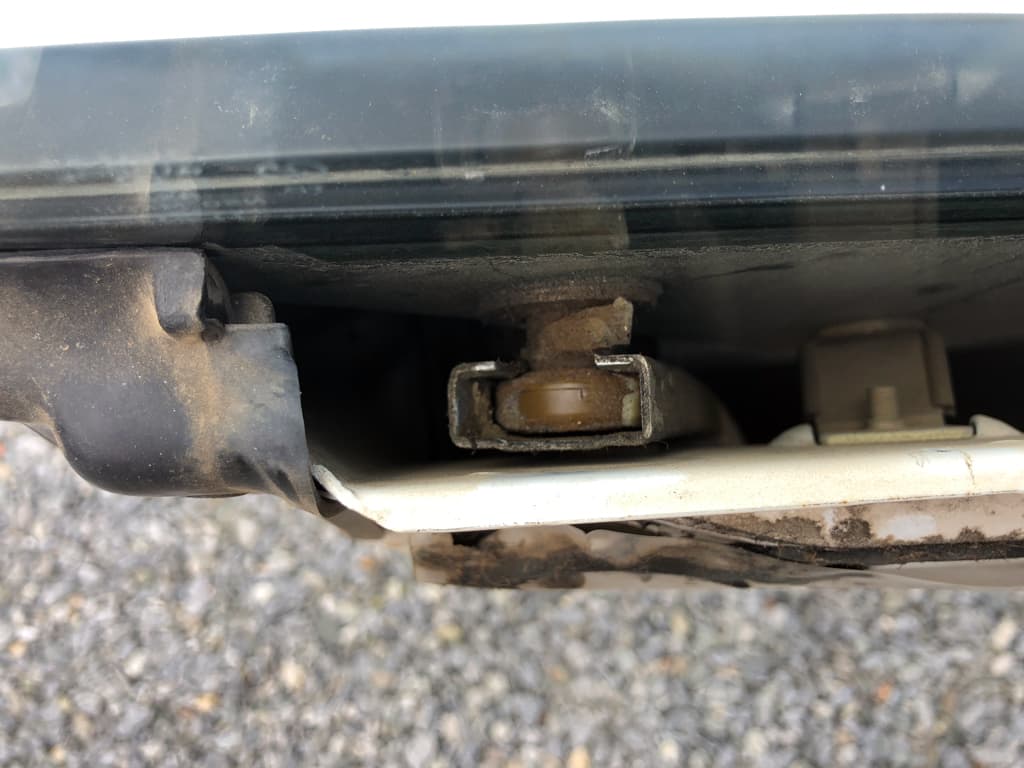 The two metal channels for the window were full of gunked up old grease, but it came out easily. The front rubber channels were mostly dry with a side of dirt. Didn’t take long to clean them out and re-lube them.

Also, some additional good news in the form of decent speakers already mounted in the doors. Not super impressed that they don’t have any form of rain cover over them inside the door, but that should be relatively easy to rectify.

Halfway through, somebody showed up to check up on the work and point out the continuing lack of rollbar: 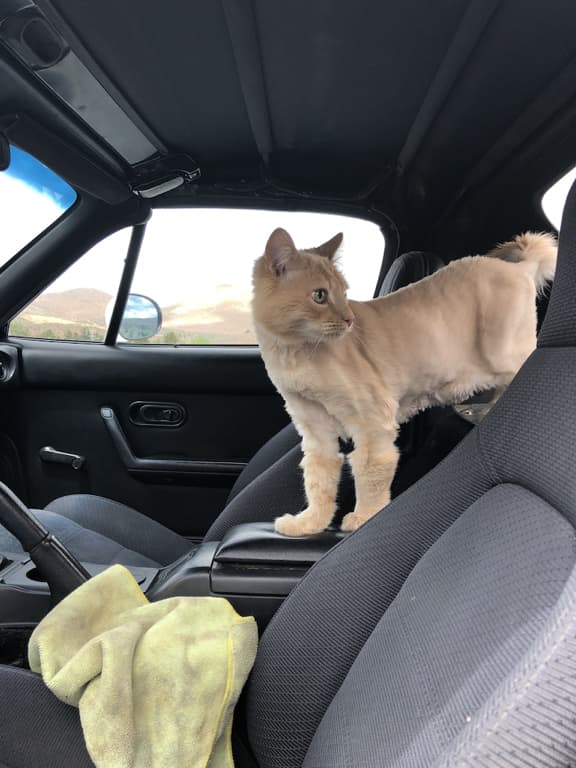 Not so pleasant surprise on the passenger side - no vapor barrier. Well, there are remnants of one, but no complete barrier and unsurprisingly, the fiber board on the door card was damp as it had been raining overnight. 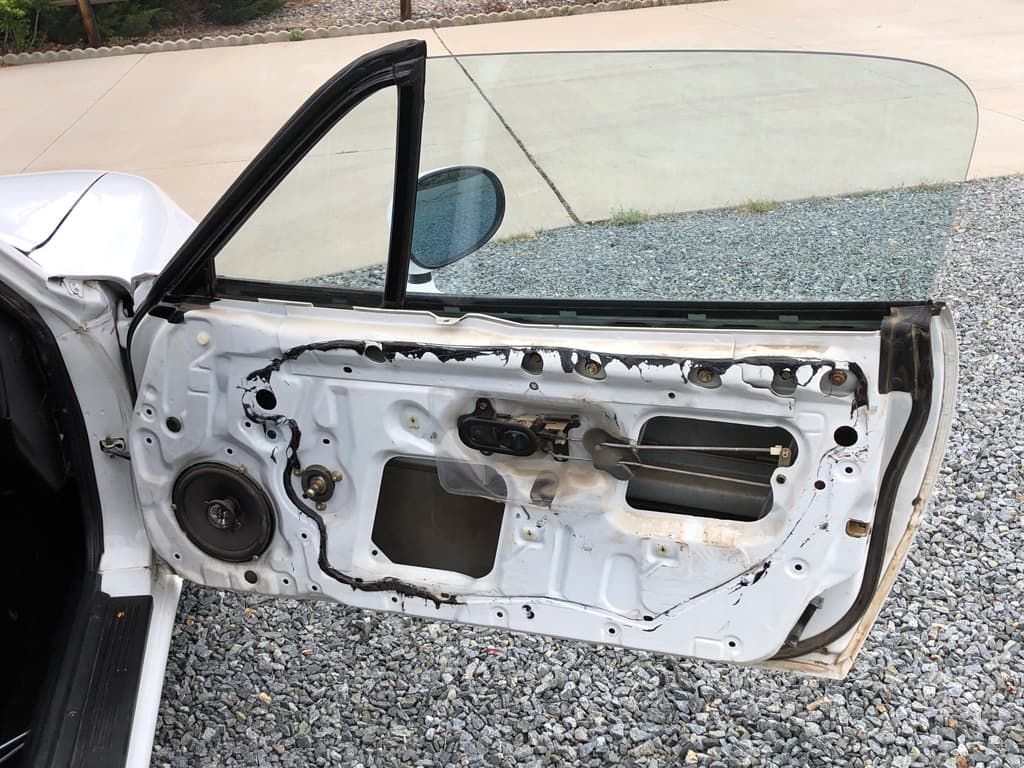 I can live with that right now, but I need some of the adhesive used for these vapor barriers so I can make one.

All in all a successful day. Windows are rolling up and down nicely now and I finished the job just in time before the next rain arrived.